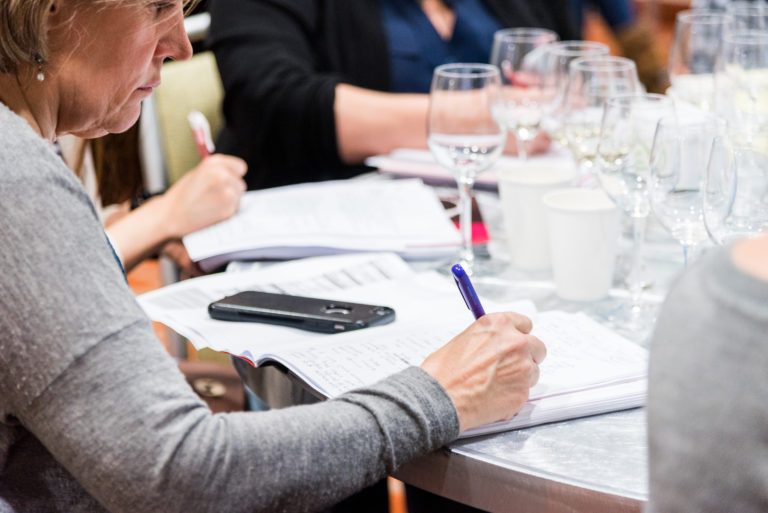 In January and February, all of Grape Experience educators – including myself – attended day-long workshops to learn about the new WSET Diploma in Wine that’s being introduced in August. There are some major changes to the current Diploma program in both teaching approach and in content. It was critical that all WSET educators understand the intentions behind the new Diploma in order to be able to teach the new program successfully.

I am incredibly excited about the changes, which I think will greatly aid students in their approach to studying for and taking the rigorous set of Diploma exams. First of all, the new Diploma will be more interactive: there will be an online textbook and an extensive library of resources for students to access. The classroom experience will be less lecture-based with more dialogue between educators and students – an opportunity for us all to learn from each other and also to put our understanding into practice.

As educators at Grape Experience, we have always tried to make clear how best to approach the Diploma exams in order to pass them, but it has not always been easy. The key to the Diploma is to apply your knowledge rather than simply state the facts. That hasn’t changed, but WSET now makes that aspect much more explicit.

The Diploma is now logically organized into two approaches. The first two units, D1 and D2, are classed as “foundation units.” As the name suggests, these provide the foundation for the rest of the exams. D1 is focused on wine production – i.e. the vineyard, the winery, and post-fermentation. This used to be assessed by a multiple-choice exam, but now it consists of open-response questions so that students can demonstrate their understanding. This new exam approach should help students better retain and apply viticulture and winemaking knowledge in later units.

D2 is the business of wine, which also consists of open-response questions and no longer has an exam based on a pre-issued case study scenario. Both of these two units must be taken before going into the later units to ensure that students have a foundation of knowledge which they can apply when answering questions about the wines of the world.

The other three units focus on production knowledge. D3 is wines of the world, similar to the current Unit 3, while D4 is sparkling wines and D5 is fortified wines. D3 hasn’t significantly changed, except for one major aspect: WSET’s Global Director of Education Karen Douglas emphasized that students are given more time for both tasting and theory so that the best students have the opportunity to convey their knowledge and understanding. The sparkling and fortified wine exams are now much more in line with D3, in that they have more complete, open-response questions rather than simple statements that “previously invited students to dump their knowledge.”

Finally, students finish their studies with D6, a research paper of 3,000 words focusing on current issues in the world of wine – a natural conclusion from the previous five units.

For students already taking the Diploma, there are some important things to note:

The work that the WSET education team has put into the new Diploma program is amazing and represents a significant improvement in all aspects of the current course. I anticipate these changes will give the students a much better chance of passing the Diploma while still maintaining its rigorous standards. The WSET have put a great deal of time and effort to create the new Diploma, and I think they have done a superb job.

Look for the new Diploma to be first offered for D1 Winemaking the weekend of August 3-4 in San Francisco and shortly thereafter in Boston.